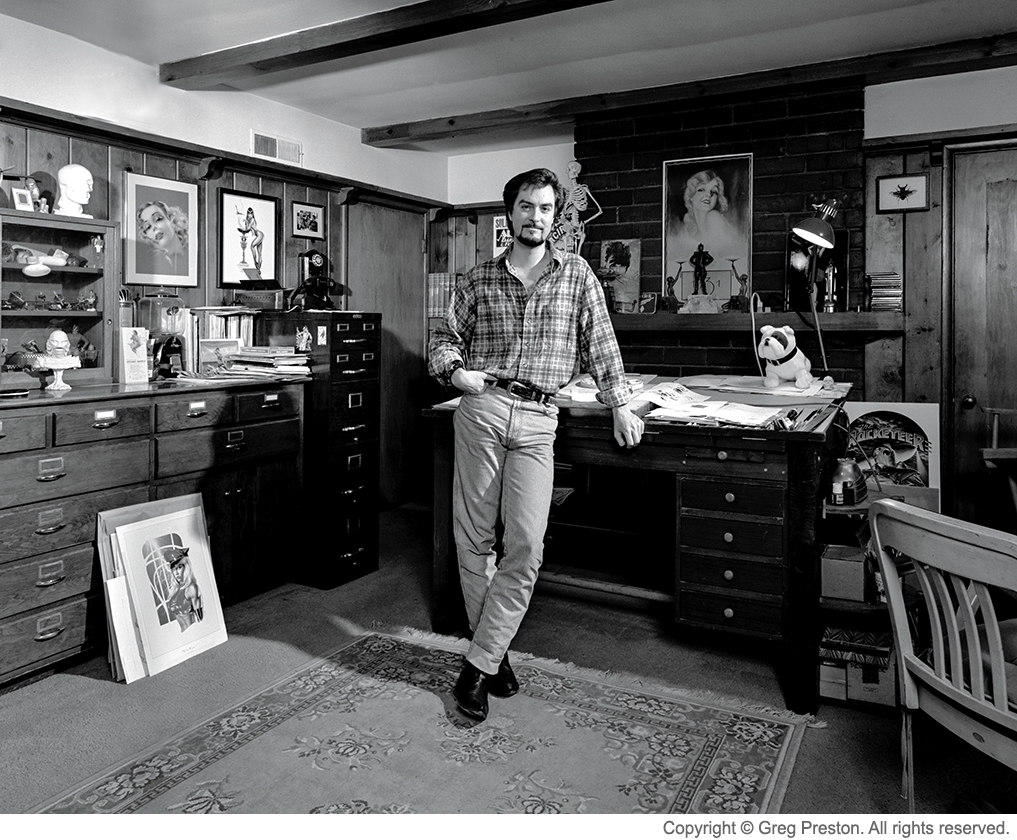 David Lee Stevens was born in Lynwood, California, on July 29, 1955. His career in comics began in 1975, assisting veteran artist Russ Manning on the syndicated Tarzan newspaper strip. Dave Stevens went on to toil as an animation storyboard artist, as well as storyboarding the occasional film, including Raiders of the the Lost Ark for Steven Spielberg, and the groundbreaking Michael Jackson music video Thriller.

In 1982, Stevens debuted the feature for which he is best know, The Rocketeer. Initially appearing as a back-up feature in an independent comic, the pulp-inspired story of Cliff Secord, a daring stunt pilot who finds an experimental rocket pack, became an instant sensation. The Rocketeer went on to star in his own comic book series, and in 1991 would become a well-received major motion picture from Walt Disney Studios.

Stevens' lush figure work, particulary when rendering the female form, coupled with his elegant brush line, brought him much acclaim far beyond the confines of comic books. In particular, his breathy portrayals of Cliff's girlfirend Betty, inspired by famed pin-up queen Bettie Page, helped revitalize interest in the '50s icon, a fact openly acknowledged by Page, who became close friends with Stevens in her final years.